Pet of the Month

Pet of the Month: Casey 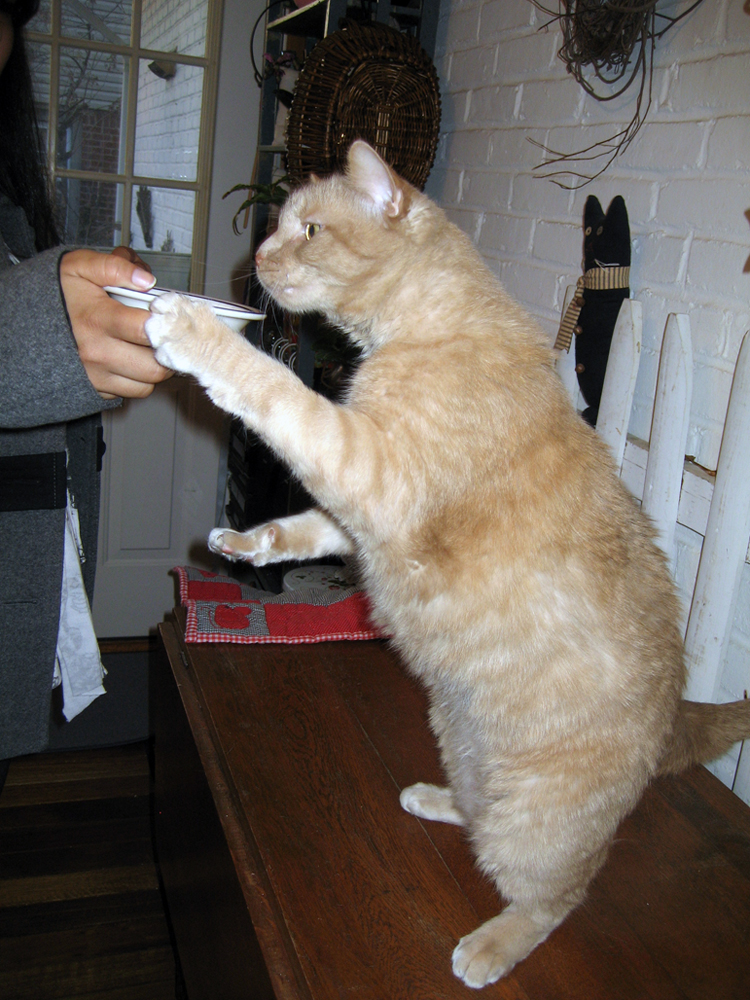 Casey is a 10-year-old male Domestic Short Haired Cat with a history of diabetes and obesity. The diabetes has resolved and the cat is no longer dependent on insulin. Cats are the only species that can resolve this disease. Luckily for Casey, he does not have the disease any longer. This cat had been on insulin for over 2 years.

As we continued to monitor and lower his dose, we were able to discontinue the insulin and his blood sugar level has remained normal. He has also been placed on a strict diet, where he has lost 6 pounds. His initial weight was 28 pounds. The fact that he has lost weight has also contributed to better blood glucose levels.

The other problems Casey had were stones in his bladder which caused him to get a urinary blockage, and a cyst around the right kidney, which coincides with renal disease. He had surgery to remove the stones and the urinary blockage and is now on a special diet for kidney disease. He is eating well now and continuing to be on a diet and continues to lose weight. He continues to be monitored to make sure the diabetes does not return.

Our operating hours fluctuate, so please call for availability and to schedule a housecall appointment.