”She does her work with such compassion and expertise I would recommend her to anyone who has a pet. She is a God-send. 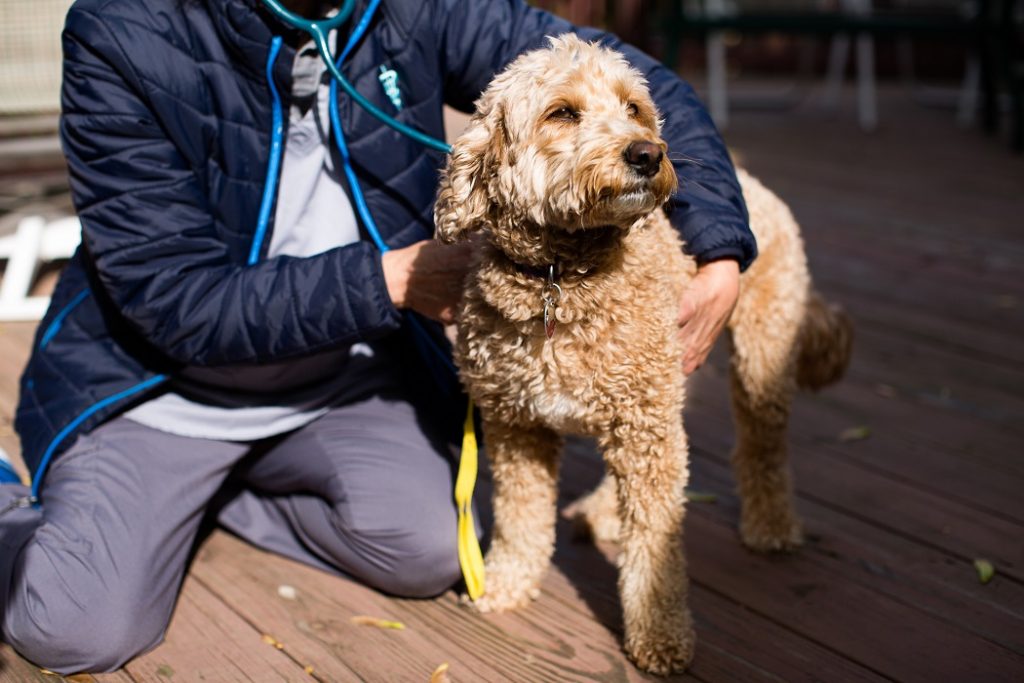 As a long-time cat owner, there is nothing better than this home visiting service that Dr. Krausman provides. There is no need to wrestle the cat into the pet carrier and scare them to death by taking them to an office full of barking dogs. And she does her work with such compassion and expertise I would recommend her to anyone who has a pet. She is a God-send.

I feel compelled to write this because of the outstanding care Dr. Faith Krausman recently provided to my 16-year-old cat, Elvis.

Elvis had lost interest in food, lost significant weight, and was lethargic for several days. Dr. Krausman made a house call and discovered that Elvis was suffering from hyperthyroidism and a heart murmur. Dr. Krausman prescribed medication for hyperthyroidism, but while I waited for it to come, Elvis ate less and less and I became frightened.

Additionally, Elvis’s symptoms had an unusual presentation with this diagnosis, so further tests were in order. On Dr. Krausman’s recommendation, I took Elvis to the veterinary hospital where she works several days a week when not doing house calls. She was unable to be there that day, so another vet did a variety of tests including X-rays and ultrasound. No other issues were found, but since I had started Elvis on the medication Dr. Krausman prescribed, she began to eat more and appeared more like her old self.

What really impressed me about Dr. Krausman is that she went way beyond the call of duty by having frequent consultations with several other veterinarians regarding Elvis’s unusual presentation, and also gave me a painkiller to alleviate Elvis’s arthritis and an appetite stimulant in case it was needed.

Additionally, she called to check on Elvis’s progress. I am very appreciative of Dr. Krausman’s extremely thorough and meticulous care and her ability to make you feel that your pet is in the best possible hands.

Words cannot express my appreciation for all your support and dedication to animals.

Thank you for being so decisive in our recent crisis with Reesie.

If not for the prompt, accurate diagnosis by Dr. Krausman… we surely would have lost Hazel to overwhelming infection.

“Leche and I are doing great!! Azucar doesn’t beat me up anymore or take my food…We all want to thank you.”

Call for availability and to schedule a housecall appointment!